I got it with stand, power supply, caddy to add a full 2. It is powered by an Atom dual core 1. Below an image of the motherboard: Although my current system performs really well, I wouldn’t mind giving this little PC a shot and see how it performs.

The lower power consumption is really appealing. My main concern is the Atom Although it is tx160 than the E, I am not really sure if it has the required muscle E Does anybody have experience with the Atom ?

Does anybody have used such a system or a similar one for OMV? I’ll update the post as soon as I get the computer and fiddle a little with it. So, it finally came and I finally had some time to share it with you. In simple words, this computer looks delo The one they sent me is basically new.

Not a single scratch, completely clean.

Take a look for yourself: The next picture shows the motherboard of the PC: I thought about removing the fan to avoid any potential source of noise, but after booting the computer I realized that the fan is completely silent, thanks probably to its MagLev type bearing. Fd160 felt nostalgic when the PC booted to XP! I depl to boot the PC to check if it really worked. Windows XP came to life! I must say that I was amazed by the responsiveness of the computer.

It felt really really fast and snappy, almost as snappy as my gaming rig. It is completely silent, the Drll fan makes absolutely no noise. The plan now is to get a small 1. Now you may ask “where are you going to put the 1. Well, there are 2 possibilities. One would be to install the SSD where the fan is and get rid of the fan: I doubt that temperature would be an issue.

The housing is full of small holes to let the air in, and the 2. Power consumption is also really low. Although I have not yet installed the 2. My guess is that once the 1.

On S3 state, consumption drops to less than 2 W. So, long story short: Build quality is really really good, looks are even better. The only thing left to see is performance. However, I doubt that the Atom might be a Bottleneck for my needs. Purchase of the year! I’ll keep the post updated once I get the 1. 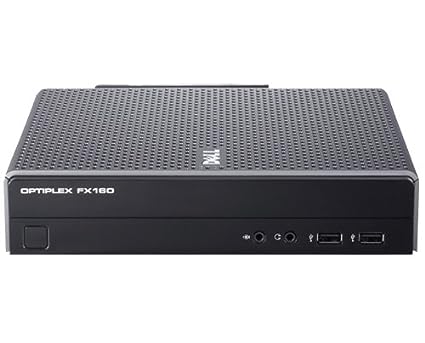 What kind of OS do you use? How is performance of this set? Personally I would recommend you the DIY way, specially because you can reuse relatively old hardware. I do find it more interesting. I discarded FreeNas because of the file system they use and the high system specification they ask for. It is simple to install, has a lot a bells and whistles, but in the end you have to pay for some of the plugins that are free in other NAS OS’s and it is not as tweeking-friendly as I would like.

Ubuntu server is good, but works completely from command line and I am far from being a Linux expert. For me, OMV is right in the sweet spot! Now, regarding the FX I find the size and form factor just perfect.

Drll aware that you won’t be able to use Raid if data redundancy is something important for youand don’t expect the Atom to handle heavy transcoding. This system is more suited for typical NAS usage. For that kind of usage, the Atom should be more than enough with a low power consumption. In a week or so I can give you some further information about it.

Yesterday I tried to mount the 1.

My plan was to mount it in top of dsll 2. But there was a problem. Yes, they don’t fit for 2 mm. I had 2 options then: The circuit board inside is just a fraction of the thickness of delp case, meaning that I might cx160 the SSD without case on top of the 2.

However, the SSD board is susceptible to electrical discharges, and there is the risk that the board grounds itself with any metallic surface inside of the housing. Of course, I would fix the PCB so it doesn’t move, but there is still risk. Remove the HDD fan and mount the 1. Although it is possible and there is enough room to put the drive where the fan is, it is necessary to chop some metal pieces in order for the drive to sit flat on the lower part of the HDD caddy.

I was really not happy with the idea of cutting and trimming the caddy alone it rx160 almost as much as the computer and I didn’t like the idea of getting rid of the fan which is really silent. So, option 2 also discarded.

So, I had to find another place to put the 1. Problem is that most of the places are blocked because the components on the motherboard come really close to the upper Pc housing once it is in place.

There is, however, one place where the drive can be placed: One is vertical the one with the white clipsthe other one is angled. If you put the ram stick in the angled slot, there is enough room above it to put a full 2. It has to be fixed to the housing, but there is still enough room. It will be where the red rectangle is. There was still something to clarify: It booted without issues! It is still possible to use a ram stick on the first slot even if you hang a second drive on top of it. The solution is to use low profile ram sticks.

It is not required to match the ram sticks since this computer does not support dual channel. As stated before, I installed the 1. I taped it to the case: It is a little difficult to squeeze this cable from the SSD to the connector in the motherboard. The cable I bought was deol little shorter than expected 20 cm. If you follow my fx610, get a longer cable.

I had some issues, because the system was mounting as “read only”. I checked the Grub configuration file in the newly restored drive and found that Grub was mounting the drive as read only.

I changed it to read-write and the problem was solved. OMV booted with no issues. I ran OMV-firstaid just to be sure and finally migrated also the data drive. Everything is working as expected.

I am dlel little disappointed with the performance. Don’t take me wrong, the PC performs really good. It boots fast, it is quiet and energy efficient. All but video playing!